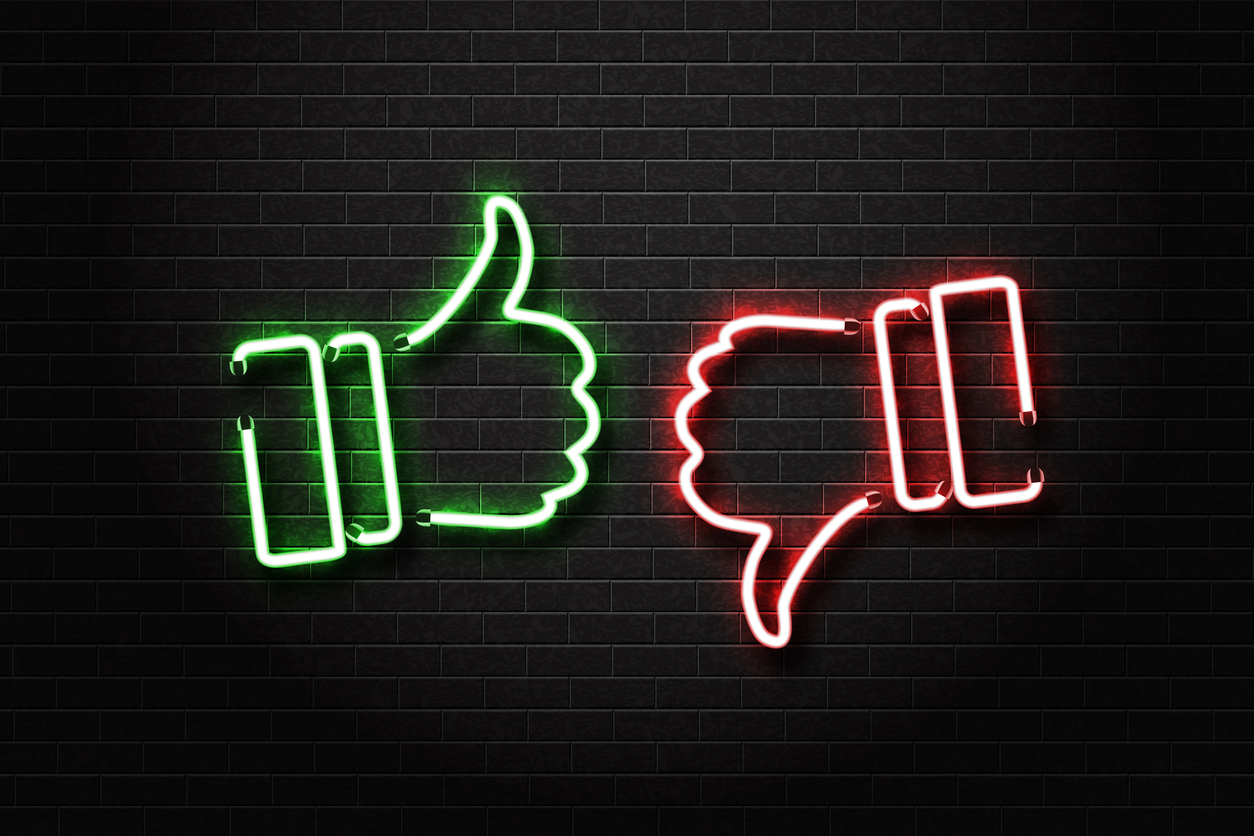 Standing out in the sea of ads that are launched every day can be tricky. That's why some companies focus on launching really unique marketing campaigns to grasp their target audience's attention.

However, taking a risk in the marketing world can lead to great success or be a flop. Throughout all of the forms of marketing we received this year, the Image in a Box team narrowed it down to 4 marketing moves we saw that stood out to us.

We discuss why it was either the best or the worst campaign we saw and, more importantly, what we can learn from them.

The best marketing campaign I saw in 2018 was Domino's Pizza "Paving for Pizza" campaign.

Driving with meals in the car can become problematic when you encounter bumps or potholes. Domino's Pizza sought out to fix the bumpy roads of America through their Paving for Pizza campaign. The director of PR, Jenny Fouracre-Petko, explains the initiative by saying, "The core of this idea came from what we have heard from our customers: bumps and potholes in the road that cause customer anxiety about pizzas getting back to their home safely."

Michelle thinks this was a smart move for the pizza company because it kept their loyal customers happy since it addressed one of their pain points. She says, "The campaign also helped increase its brand awareness through all of the social chatter about the stunt as well as the brand's stamp on the repaired potholes.

Oh yes they did! @Dominos pizza has chosen #NewOrleans for its Paving for Pizza campaign! They have grown their campaign to offer $5k grants to one city in every state and we look forward to the partnership. 📸 Domino’s Pizza 🍕 @roadworknola pic.twitter.com/WafsykW0Ul

The Domino’s pothole stunt is so much better than the IHOP stunt.

The campaign started with a $100,000 budget, which would allow them to fix potholes in 20 cities across America. However, with its success, the Paving for Pizza campaign has received submissions from even more cities in all 50 states. Now Domino's has expanded the initiative to 10-50 potholes per city that has allowed them in. Their new goal is to fix a pothole in at least one town per state.

Domino's grand effort is still relatable to even the smallest business because it proves that it's essential to listen your customers and their pain points. That's why customer surveys and interviews are invaluable. Don't forget to tap into your biggest asset!

The worst marketing stunt I saw in 2018 was IHOP becoming IHOb to promote their burger menu.

IHOP, aka the International House of Pancakes, decided to rebrand itself for a short period of time to IHOb, the International House of Burgers. They "flipped" the 'P' in their name to a 'b' in hopes of changing perceptions that they only served breakfast. This switch resulted in a lot of attention on social media. Justin thinks it caused more confusion than anything because many people thought they were moving away from breakfast foods and moving to burgers.

I'm going to say nope! I'll get my burgers from a burger joint. I want pancakes from a pancake joint.

On top of some of their customers being confused, their competitors had a field day making fun of the restaurant's temporary logo and name change on Twitter. Here are a few of our favorites:

We’re as serious about pancakes as @IHOb is about burgers https://t.co/IQ7J2TX47T

Remember when you were like 7 and thought changing your name to Thunder BearSword would be super cool?
Like that, but our cheeseburgers are still better.

As much as we love our pancakes, we'd never change our name to Whatapancake

Justin thinks that the publicity stunt did affect their brand negatively, but only for a short period of time. They eventually flipped the 'b' back to a 'P' to end their name change campaign.

As you can see in this tweet, they knew their campaign was ridiculous, but they owned it until the end:

We’re giving away 60¢ short stacks on July 17 from 7a-7p for IHOP’s 60th birthday. That’s right, IHOP! We’d never turn our back on pancakes (except for that time we faked it to promote our new burgers) pic.twitter.com/KsbkMJhKuf

Justin says, "IHOP has served other food items for as long as I know. Yes, they specialize in breakfast but you can get other items. You don't have to change your logo to drive awareness for the rest of your services."

There are better ways to promote your new products or services than to do something drastic like change your name and logo. Over-the-top marketing moves have the risk of being viewed as desperate, and may have more people talking about your brand, but for the wrong reasons.

The best marketing idea I saw in 2018 was Marvel Studios announcing an early movie premiere for Avengers: Infinity War via a casual Twitter conversation, with Robert Downey, Jr.

In March, Marvel Studios announced that they were moving the release date for Avengers: Infinity War from May 4, 2018 to April 27, 2018.

Jasmine says, "While they never released the exact reason why the movie date was changed, it’s speculated that they wanted to get ahead of other competitor superhero movies set to release in May or that they wanted to avoid spoilers from Europe’s early release leaking to the US."

"Since neither of those reasons are appealing to tell their audience and could have resulted in backlash, it was a smart move to playfully announce the new release date through Twitter."

Any chance I could see it earlier?

While the film’s extreme success isn’t entirely due to the famous Twitter conversation, Infinity War broke records in the box office raking in over $250 million in its opening weekend. So I’d say that no matter what their reason was for premiering the movie early, they were successful in playing it off well.

There are a couple of lessons to take away from this marketing move. One, find unique ways to announce big news about your organization on social platforms. By doing this, you can increase your chances of seeing success on organic social media posts. The second thing is to stay positive about last-minute changes. Find a way to put a spin on it that will please your audience.

I had the worst ad experience with Spotify this year because I couldn't adjust my ad preferences to not play inappropriate ads when my three-year-old daughter was listening to children's music.

It's become apparent that Spotify creates aurally annoying ads as a not-so-subtle nudge for their listeners to upgrade to a paid, ad-free account. However, it becomes an issue when they promote content that isn't appropriate for all ages.

Many people have complained about Spotify ads being annoying and inappropriate to the point where people were finding ways to block ads without upgrading their service. For Jacob, the ad that crossed the line was the ad for Netflix's new horror show, Haunting of Hill House, that played eerie music and creepy sounds that scared his toddler. And he wasn't the only one:

#Spotify don't you have an algorithm for ads? Playing "The Haunting of Hill House" ads on the "This is Disney" playlist frightens me. I mean my kids. #SpotifyPlaylist #TheHauntingOfHillHouse #Netflix

Jacob says, "Generic ads aren’t a problem, but if you’re going to play ads that may be inappropriate for some audiences, you should provide a way for them to opt out of those types of ads. If I could have opted out, this wouldn't have been an issue."

The problems with Spotify's ads are:

Spotify made it clear through these billboards that they are well aware of our listening habits and demographics. So why can't they use those details to improve their ad targeting?

In Jacob's case, his daughter listens to children's music, so it doesn't make sense that she would receive an ad about a horror TV show meant for adults that contains frightening sounds.

In this specific case, Jacob switched music streaming companies since he wasn't able to control what ads he heard. In the grand scheme of it, Spotify has run ads that were even more inappropriate than the Haunting of Hill House ad that became controversial. While Spotify did see a growth in users this year, the growth is slower compared to previous years.

In Australia, Spotify is testing out the concept of letting users skip ads they don't want to hear, so here's to hoping they try that concept out globally.

Targeting your ads towards the correct audience is essential. Promoting the wrong content to the wrong audience can result in a damaged reputation. Be sure to realize that the intended audience for your ads may not always be the actual audience.

While these marketing moves were done by 4 very large companies, every business can take notes from each of these campaigns and apply it to their own strategy.

To recap, the 4 lessons we learned from these campaigns were:

We can't wait to see the creative marketing moves from these companies and more in the upcoming year.

Need help in creating the best marketing strategy for your organization? Chat with our marketing experts to identify areas of potential growth and to find the right solutions for you.

Boxing for a Cause - Melissa George Neonatal Fund - December 2018